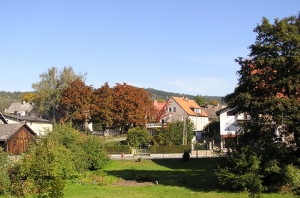 The second-home market in Poland is part of a residential market segment facing remarkable developmental potential nowadays. Although the crunch period does not quite foster demand for luxury merchandise ? in which terms projects in popular holiday-time locations are perceived ? the present-day developers? offer is rather sumptuous.

The overall number of holiday-time dwelling units offered by developers for sale accounts to ca. 4,000?4,500 countrywide. The seaside area is the best developed market in this respect. Also the mountain-area localities feature a rather rich offering. Viewed against this background, lake districts appear definitely poorest.

Our monitoring has observed that the market offering scale and standard offers anyone prospectively interested in purchasing a second home quite a wide choice as regards the number of offerings available. However, the offering is rather not-quite-diverse geography-wise. The seaside-area offering tends to concentrate in the best-known local health resorts: Kołobrzeg, Międzyzdroje, a fragment of the seacoast in the Hel Peninsula area. Almost a half of all the units currently on offer in mountain-area localities are situated in the Tatrzański County area, including Zakopane ? the best developed hub in this respect ? and thereabouts. In the Beskids, these primarily include Krynica-Zdrój, Wisła, Ustroń, whereas as for the Sudetes, Karpacz takes the primacy. Many a smaller locality still do not offer a wide selection of units for sale, albeit increased interest in those less popular locations has been observable amongst developers recently.

The present-day offering mostly features ready-to-operate units, available at once. This testifies to a much limited demand potential, given the present-day market conditions and restricted loan-facility access. Notwithstanding these trends, in the last few quarters developers have not proved much inclined to significantly reduce the upset prices. However, discounts could still be earned versus the initial price by way of bargaining.
For mountain-area localities, the actual scope of asking prices does reflect their tourist attractiveness, to an extent. Zakopane has definitely broken all the pricing records; in the town itself and its vicinity, unit prices run as high as up to PLN 19,000/sq. m. You have to pay a lot to buy your own prestige address in the famous health resort; yet, if we take a closer look at such a buy in investment-making terms, even this high price per unit may at times prove to be justifiable when juxtaposed against a prospective rental income stream. The well-known mountain-area hubs function all year round, rather than just in the winter season, thus offering the investor an opportunity of high return rate. Less popular localities tend to offer somewhat lower selling prices, in some cases as low as PLN 5,000/sq. m. It is worth bearing in mind, though, that the price is partly derived from accessibility of local attractions and tourist services. (graph 1)

The real-property offer in the countries neighbouring on Poland in the south also appears quite interesting. Interest in it is quite high among Polish buyers; hence, many developers and realty agents are offering direct assistance to such prospective purchasers. Prices asked in some very well-known wintertime resorts are lower than those in their Polish counterparts, the winter-season tourist attraction offers seemingly outdoing those to be found in Polish hubs. For those prospects that do not care much about possibly buying a unit literally in Zakopane or Karpacz, the slightly extended access time not being the prevailing premise in selecting the locality, the offer of residential units situated in Slovakia or the Czech Republic might really be worth considering.

When investigating into the seaside area, observable is a particular concentration of projects currently underway in the western part of Pomerania and in the Gdansk Bay area. The prices asked therein are resultants of limited supply of attractive lands situated close to the sea and the area?s tourist attractiveness. Due to considerably fluctuating numbers of tourists, the investment potential of seaside localities is determined during the year by a locality?s status. Owing to considerable interest in resort/spa tourism, coastal regions with relative high tourist traffic intensity beyond the holiday season appear to have the highest-priced market offering.

Developers? offerings tend as well to focus on well-known resorts, although you can come across interesting offers in smaller localities, too. Kołobrzeg, Międzyzdroje and the Hel Peninsula remain the definitely most expensive coastal-region locations; these are joined by Sopot where the average price per residential project is much in excess of PLN 10,000/sq. m.

Taken countrywide, the second-home market still remains at an early stage of development. Fully-shaped segments are hardly traceable, to be frank. The major clientele for holiday-time residential projects is continually buyers with above-the-average incomes. When preparing to make your buy, it is worthwhile to scrutinise your market in view of your actual purpose ? since, given the rather strong competition as it is, a good opportunity can be successfully found even today.