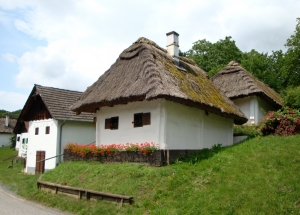 The analysis of the residential market in Poland after Q3 2009 indicates that on the one hand, we are witnessing a continuing price stabilization, while on the other, the number of projects newly launched to the market remains limited.

The aggregated offer in the markets in Warsaw, Krakow, the Tri-City, Poznań, Wrocław and Łódź reached the level of 29,300 residential units. The offer has been systematically decreasing already since Q4 2008, when the total offering in the six markets amounted to 36,800 units. In Q3 2009, the developers launched for sale 3,300 new residential units, i.e. approximately 400 units less than in the previous quarter. The size of the current offer was also influenced by the declining phenomenon of units? returns to the market.

At the moment, the number of new units launched for sale is gradually decreasing, which results in the fact that units soon to be delivered are starting to dominate in the market. In the largest local residential market ? i.e. the Warsaw market ? up to 88 percent of the offering is currently constituted by units planned for delivery in the years 2009 – 2010. These are either units already completed, or ones in advanced stages of construction. Nearly 2,500 units whose construction has not been launched yet remain outside the offer. The developers have already attempted to offer them to clients, but with little success, therefore their sales has been suspended.

Within the three quarters of the year 2009, the level of sales in six analyzed markets was lower by 30 percent from the one noted in analogous period in the year 2008. Aggregated sales in Q3 2009 reached the level of 5,300 units and was lower by 500 from the level reported in Q2 2009. Only in Łódź, the number of units sold in Q3 2009 was significantly higher than in Q2 2009. However, it should be noted that the sales in the Łódź market in Q3 2009 did not exceed the level of 240 units (0.3 sold units per 1000 inhabitants within the quarter) and the significant increase was in fact caused by circa 70 units.

The situation in Warsaw ought to be viewed differently, since despite the holiday season, quarterly sales remained on the level reported in Q2 2009, which can be seen by developers as an improvement, even more so since at the same time, the number of returns decreased. As a result, the number of approximately 2,000 sold units seems a rather optimistic index, especially bearing in mind that Q3 includes two holiday months.

When analyzing average prices of residential units exposed in the market, one should consider the prevailing decreases in the markets of Warsaw, Krakow, Wrocław and the Tri-City. In Poznań and Łódź the average price indices increased, which resulted from launching for sale units priced significantly higher from the average ? in Poznań, or good sales level of cheaper units (reducing the offer volume) in Łódź. In all monitored markets, the developers are adjusting the level of prices of offered units to the requirements of the ?Family?s own home? programme.

In Q3 2009, the share of completed but unsold units in the offer increased. Most dynamic growth was noted in Krakow, where up to 43 percent of the total offer volume was constituted by completed units, and also in Warsaw and Łódź (22% and 21% of the offer, respectively). Only Wrocław and Poznań witnessed a decrease of the index ? on average by 8 percent.