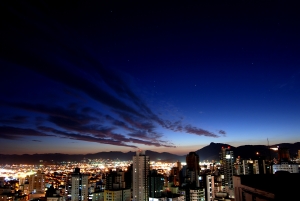 How many apartments for sale in multi-family housing and how many single-family houses have been built in Poland, i.e. how to read statistic indices of the Central Statistical Office of Poland (GUS)

It is worth to remember that apartments in multi-family housing implemented for sale (or transfer of ownership in the case of housing co-operatives) are realized by entities whose operations are hidden in the statistics within three different categories:

Housing designed for sale or rent is implemented with the aim of achieving profits by various investors, first and foremost developer companies, but also ? at least theoretically ? by communes and housing co-operatives. However, this category does not encompass the results of construction activity undertaken by natural persons who conduct business operations ? such units are included in the individual building category. Building for sale or rent includes also the few apartments realized by some Social Housing Associations (TBS), built with the aim of achieving profits (from the commercial sales of apartments) as well as the very sparse units in multi-family buildings implemented by developers and designed in whole for rent. This category encompasses also a certain number of single-family houses built by developers and housing co-operatives.

The category ?individual building activity? presents residential units (houses or apartments) implemented first and foremost by natural persons, both the ones who conduct their own business activity and the ones who do not, designed for the personal use of the investor and his family or built in order to satisfy the housing needs of his employees, as well as units built for sale or rent (with the aim of achieving profits). In this category, GUS features also data concerning the ? rather sparse ? houses or units built by churches and confessional associations.

Co-operative housing category features the results of housing co-operatives? operations. These units are mostly of proprietorial character, though theoretically speaking, apartments designed for rent, whose construction is financed by the National Housing Fund (KFM), may constitute some small part. Of course, this category is dominated by apartments in multi-family buildings, however there is also a small number of single-family houses constructed within the scope of activity of a housing co-operative.

Bearing that in mind, how many apartments in multi-family buildings have been placed in service by individual investors, and how many by developers? The GUS report provides this information indirectly. Among almost 80 000 residential units placed for service by individual investors in the year 2008, precisely 5169 were located in buildings with three or more apartments. Interestingly enough, while the average area of a typical one-apartment (single-family) house placed in service by individual investors amounted to slightly over 150 sq.m., in the case of apartments it was 64,3 sq.m., that is approximately the same as in the category ?other than individual?. These were the effects of the operation of small developer companies ? when it comes to apartments, because additionally among single-family houses there are also some built for sale by small developers. Unfortunately, GUS statistics do not contain straightforward premises for estimating this second number. Based on REAS data concerning the Warsaw market it can be estimated that in the scale of the whole country the number amounts to approximately 5-600 single-family houses.

Estimations concerning the total number of apartments and houses constructed for sale (or in order to establish a separate ownership) in Poland are presented in the table. (in attachment)

Reassuming: the total number of apartments in multi-family buildings, built for sale (or in order to establish a separate ownership) can be estimated at approximately 72 000. Incidentally ? developers and housing co-operatives in Poland placed in service the total number of ca. 4 600 single-family houses, which means that together ca. 78 500 single-family houses were constructed. Out of this number, approximately ten thousand were build for sale (or transfer of ownership in the case of housing co-operatives).

These statistics do not include apartments with the non-proprietary status (ca. 5400) and ca. 3000 new units constructed by expansion of the existing buildings.

Kazimierz Kirejczyk
President of the Board