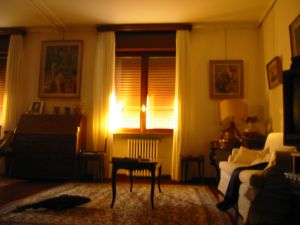 Among apartments currently offered for sale in Warsaw, the dominating type are units constructed within the previous nine years. Together they constitute 39% of the offer, whereas apartments constructed in 2006 or later constitute even 20% of the offer. Their share has increased compared to the situation from 18 months ago, when it amounted to 14% of the offer. These are predominantly apartments purchased as a short- or medium-term investment, i.e. purchased with the hope of further reselling within the next years for a higher price. Some of them mayy also be resold by buyers who are not able to repay their mortgage loans.

However, among offer of apartments for rent, units constructed in the years 2000 ? 2005 as well as after 2005 have even greater advantage. Together they constitute almost two-thirds of the offer, while apartments constructed after the year 2005 constitute 31% of the offer. This means that among buyers of new apartments there are less short-term and more long-term investors, i.e. people intending to gain profits from renting the unit. The profits often help to cover the costs of the mortgage loan taken for the purchase of the new apartment. Since June 2008 the share of such apartments in the offer has increased significantly.